Click Fraud has been continuing to gain traction and the effect of this on ad budgets is a growing concern for digital advertisers. According to reports, click fraud activities have become one of the top concerns for marketers across the globe.

With that in mind we take a look at the best options available to you to stop click fraud from whiping out your advertising budget.

ClickCease™ Google Ads click fraud protection software excludes invalid IPs and blocks fake clicks. This will boost your campaigns and allow you to acquire more customers. ClickCease automatically sends fraudulent IPs to your Google Ads exclusion list in real-time making sure no damage is done to your ad budget.

$59per month per domain 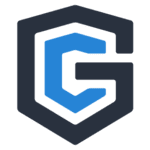 ClickGUARD protects AdWords accounts from all types of unwanted ad clicks, allowing online advertisers to verify and control their paid traffic, protecting them from wasteful ad clicks. They provide the world’s most advanced intelligent click fraud prevention platform and service to businesses seeking to better understand and prevent losses to non-profitable,resource-draining clicks. 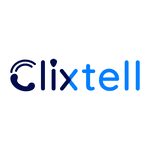 Clixtell is a reliable and powerful automated click fraud protection solution and a very user-friendly software that enables you to secure your Google Ads and Bing Ads budget by constantly preventing and immediately blocking click fraud activity.

$50per month per domain

Click fraud is specifically a black-hat technique of false inflation in the number of clicks on a PPC ad. Google marks them as ‘invalid clicks’ that occur when a paid ad is clicked on repeatedly to drain all the budget from the advertisers.

There are three main types of click fraud that you need to be careful of:

Manual clicks are usually done by competitors wanting to drain your ad budget and increase your ad costs. Suppose you are ranking higher than your competitors in search results, then it is quite natural that they will not like to see this and so will click on your ads to drive up your costs, draining your ad budget. They can eventually drive up to such higher costs that you are unable to afford further advertising for those keywords.

These manual clicks are basically performed by discontent business owners who aren’t performing as well as their competitors and therefore click on the competitor’s ads to reduce the competition. According to investigated reports way back in 2013, agencies were named ‘click farms’, and today the practice is commonplace for such ‘farms’ to be acting out full-time click fraud activities. These agencies have one aim of clicking on their clients’ competitor campaigns and draining advertising budgets to drive them out of the market competition.

Even if none of your competitors are taking advantage of your PPC campaigns, chances are high that webmasters will be advantageous to your situation. Every webmaster is allowed to display Google ads on their site. They create an AdSense account and then they start to display ads instantly and any person clicking on the ads gets as much as 68% of the amount paid to Google. As a keyword costs a good amount of money, a webmaster can make a lot of money even if he clicks on a very few of them on a weekly basis.

Suppose, a webmaster runs many ads on their website and perhaps has had an ad spend of $100, and the AdSense partner would be profiting around $68 out of the ad revenue.

3. Automated fraud clicks through the software

The latest addition to this is that hackers have developed sophisticated click fraud systems using fake IP addresses as well as web sessions. These are called ‘Bot Farms’.

Studies suggest that about half of the internet traffic is bot traffic, that is, non-human. Click bots are made for PPC click frauds. Bots are one of the popular forms of click fraud operation and are automated click farms. Large networks of computers are infected with a sort of malware, but the owners of these networks or computers are completely unaware of the present malware in their devices. These malware results in the silent operation of visiting different websites and clicking on particular ads without any human help. In this, the clicks appear unrelated to each other as they are done by individual IP addresses.

Click farms form a large part of the click fraud operation system and it is more likely that your competitors hire these click farms in order to remove your PPC ads from the search engine results thereby eliminating you from the competition. Click farms are one of the most aggressive forms of click fraud operation where click farms are utilized and employees are paid in lieu of clicking on ads all day through. These click farm agencies are usually found in the third world or developing countries with a large population and facing unemployment problems so they get hired for really low wages. The people involved are trained to click on ads in a natural way so they cannot be detected. Click farms are used by internet publishers for increasing their incomes and also by competitor businesses who hire click farms to click on their competitor ads and drain out their ad budget thereby snatching all your clients.

Are Search engines doing anything about it?

Google has been a slight winner by far for its robust anti-click fraud agenda. Google’s program of click fraud detection has a three-step procedure beginning with automated filters. They also have advanced algorithms that help to pick out and filter the invalid or fraud clicks in real-time and so the advertisers are saved from the charges of the clicks. But this filtering system is not much reliable to detect all types of click frauds; so, Google’s Team for Ad Traffic Quality Centre has started conducting offline and manual analysis for the removal of clicks that seem invalid or fake even the advertisers are charged to pay per click. Apart from these, Google has also introduced processes of investigating clicks that are found suspicious depending on the reports of the advertisers. All the malicious clicks are detected and categorized as invalid and thereby credits are processed to the advertiser’s accounts. The center enables tracking of every single click for ads displayed on Google and whenever it detects any sort of suspicious behavior, Google automatically refunds the cost per click back to the advertisers. Your ads are continuously monitored by Google’s team regarding click fraud and whenever it gets detected, you get automated refunds. This makes businessmen happy and helps Google get a better reputation among advertisers and shows that Google only allows high-quality traffic.

The automated detection system fails to catch all the fraud clicks which in turn means that click fraud still exists. Fraudsters put much of their time and effort into the click fraud campaigns hence it becomes tough to identify each and every fraud click. The fraudsters use automated programs to bring more advancement to click fraud. Some software of click frauds is so advanced that they can easily fake user clicks and thereby avoid detection. The users are still charged for fraud clicks even after the detection process is done.

Advertisers are investing a lot of money in investigating their PPC traffic, to check if they are genuine or fake. When they find out spam clicks on their ads that are not detected by Google, they report these fake clicks to Google and Google will check through analysis to verify its invalidity. If it is evident being a fraud click, the amount charged for that specific click would be refunded to the advertiser’s account. This suggests that Google might fail incomplete detection of click frauds but if you provide evidence for your fraud clicks, Google would give back your charged money.

Exclude low-quality spammy sites and apps from your display campaign placement. Also monitor if any sites have a much higher CTR than your campaign average, if there is any exclude that. The chances are the owner of that site is repeatedly clicking on your ad to make money from Google Adsense.

Know where your competitors are located:

If you are a local business you are most likely to know where your competitors are located. Monitor those ZIP codes in the ‘location report’ and see if that ZIP code has an abnormally higher CTR and impression. Monitor & compare the CTR, clicks, and impressions for 3-4 days, and then if you find something abnormal exclude those ZIP codes.

Link your Google Analytics and Google Ads connect that way you’ll be able to see which campaign/ad group/keywords/ad or ZIP code has a higher bounce rate. If you see bounce is abnormally high for certain ZIP codes or keywords this might be due to clicking fraud. Their intention is just to click on your ad not to browse the website.

You can install session recording tools like HotJar (Paid) or Mricosoft Clarity (Free) on your site to watch a video recording of the user’s activity on your site. If you see traffic from Google Ads campaigns are sitting idle not doing anything on the site not even moving their mouse that probably could be a click fraud or your competition.

You can set an impression cap on your display campaign to prevent showing ads to those who intentionally clicking on your ad.

If you are the owner of the business you are likely to be busy with a lot of the other business stuff, the easiest way to detect and prevent click fraud is to sign up for a click fraud prevention tool and set it up once and then the tool automatically does everything to stop click fraud. Most PPC agencies use click fraud prevention software for their clients to save wasted ad spend. We use the below tools at our agency for our client and these 2 are the best in the market: